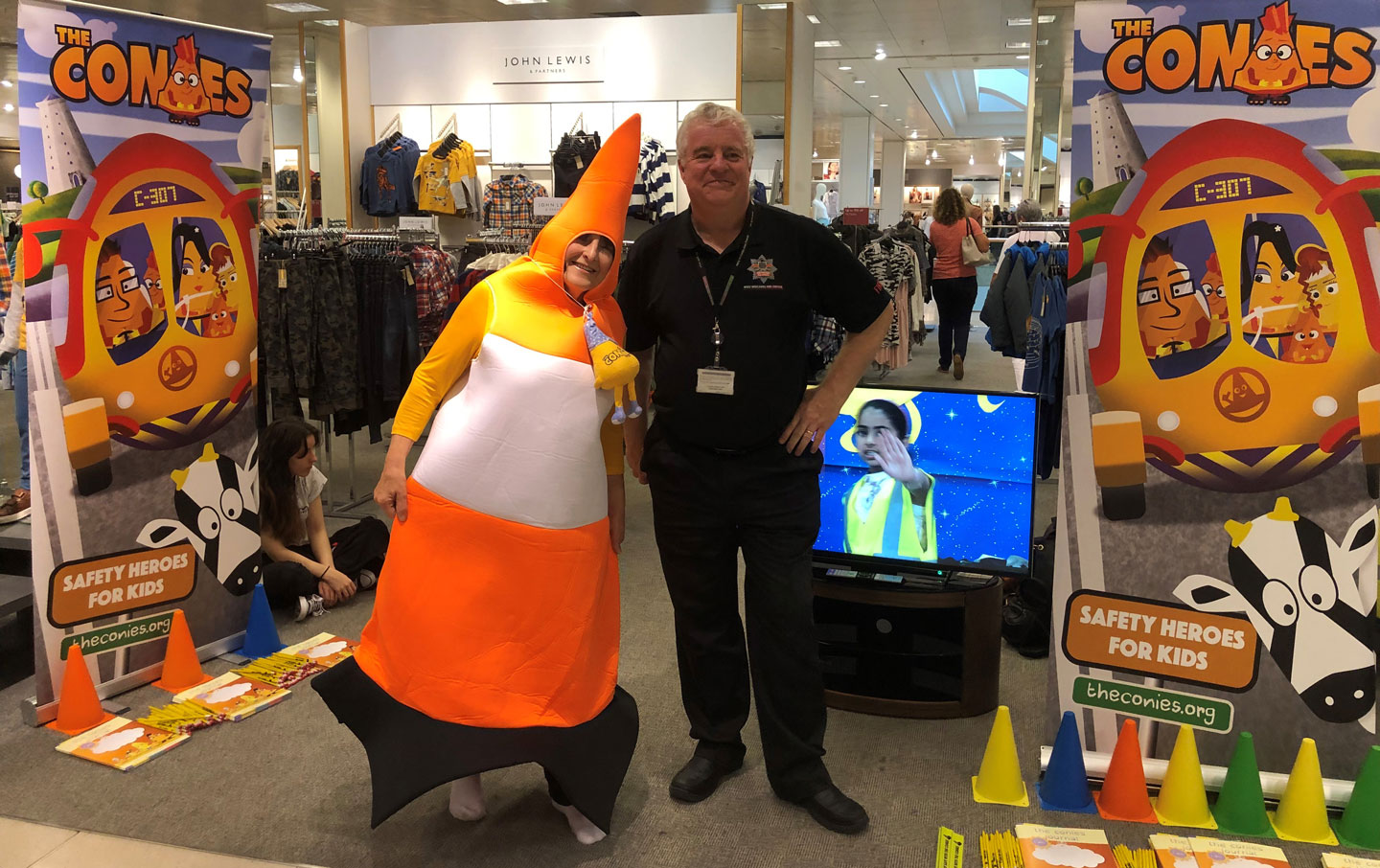 By ConanNovember 27th, 2019No Comments

Road safety heroes The Conies are looking to ‘cone-gratulate’ the creative efforts of families across the UK in helping to promote child safety.

Road safety heroes The Conies are looking to ‘cone-gratulate’ the creative efforts of families across the UK in helping to promote child safety.

The family of traffic-cone-shaped cartoon characters has been conceived and created by Fay Goodman, Managing Director of Birmingham-based DriveSafe & StaySafe, as successors to The Green Cross Code Man and Tufty the Squirrel, who raised awareness of road safety for children from the 1970s.

The Conies, as part of Road Safety Week, have now invited families nationwide  to help raise similar awareness by submitting photos and videos of themselves in cone-shaped or road safety-based costumes.

The best submission in the challenge competitionwill win the entrants £100 and be used to help promote The Conies’ national road safety campaign. The closing date for entries is 28 February 2020.

Fay Goodman said: “Whether in traffic cone costumes or high-vis jackets, or as the Conies characters themselves, we want individuals and families across Britain to pose with pride in helping us stand upfor safer streets.

“We are asking challengers to post their photo and video on Facebook, Twitter or Instagram and tag to #theconies. This will help us spread and unite in the fight for road awareness and prevent road ‘cone-tastrophe’ through a fun activity.”

The competition follows the successful rollout and response to ‘The Conies: Walking to School Safely Journal’, a 40-page fully illustrated dyslexia-friendly workbook for primary school children, featuring The Conies family, which has now reached more than 200 schools and 33,000 children across the Midlands.

The book has been produced and published as a free resource by DriveSafe with the support of the Birmingham Community Safety Partnership, Pertemps Education Network and Goodmedia Limited.

Fay Goodman said: “Children can engage by reading, listening and acting out scenarios from the journal, and there is a review at the end to test how much each child has learnt and absorbed. Teachers will be able to keep this page as ‘evidence’ of the child’s learning and reward it with a certificate or star to offer continued encouragement.

“Now, whenever they see a road cone, we hope children will think about The Conies and the positive messages to ‘Stop, Look and Listen’ before you cross the road and ‘Keep Looking and Listening’ as you cross.”

Fay added: “Too many children are needlessly injured or killed on our roads. We have to do something which will impact in a dynamic way – and what better way than to turn road signs that are all around us into animated characters – especially road cones!

“The Green Cross Code Man and Tufty the Squirrel made such a difference to helping children’s safety in their era – and I sincerely believe our Conies are having the same impact as the new national heroes of road safety.”